CD Baby continues its significant focus on and investment in the development of artists’ careers with the further growth of its Creator Services team, which empowers artists to maintain their independence, ownership rights and creative control with support and resources similar to a large record label.

The latest hire of Los Angeles-based Geoff Halliday brings creative project development skills and existing editorial relationships to lead release marketing for the rapidly expanding international team focused on providing artist/label services to its exclusive artist roster. Halliday joins the CD Baby Creator Services team as head of promotions and will oversee the company’s artist marketing globally. Halliday was previously Director of Digital Marketing at Red Light Management where he oversaw marketing and promotions for artists including Marshmello, ODESZA, Rhye, Bob Moses and Bassnectar, among others.

“Having spent years as an advocate for independent music and having worked across DSP relations in a variety of roles, I am extremely enthusiastic and eager to join CD Baby's growing Creator Services team,” Halliday says. “I am truly delighted to be a part of enriching the experience for both new and existing members of the CD Baby roster.”

CD Baby, previously known as the starting point for artists, launched its Creator Services team in 2018 to formalize and deepen its commitment to serving artists at all points in their career as an alternative to the traditional label system. CD Baby Creator Services has swiftly grown from three to 12 people covering A&R, Account Management, and Promotions, with team members located around the world, including the UK, Brazil, Argentina, Mexico, and Colombia. The team works with diverse artists across genres, such as global star Aloe Blacc, rising Latin phenomenon El Alfa, Danish singer-songwriter Oh Land, Disney actors Jayden Bartels and Max & Harvey as well as many prominent performers.

CD Baby Creator Services has landed its artists on countless streaming service playlist covers, as well as facilitated many unique opportunities involving studio sessions, outdoor advertising campaigns, and new product launches. CD Baby is a preferred partner at the major digital services, and Halliday and the team will continue to build on this reputation to maximize value for artists.

“The CD Baby Creator Services team was born out of the need to serve and - most importantly - add value to our biggest clients and be a home for established artists across the industry and globe,” explains Jon Bahr, VP of Creator Services. “CD Baby has become a true player in the Artist/Label Services space and Geoff’s addition to the team is a huge boost for continued success for our artists’ campaigns with our streaming service partners.

Geoff Halliday has been in and around the music industry for the better part of 15 years. Most recently, Halliday was Red Light Management’s Director of Digital Marketing working with artists including Marshmello, ODESZA, Rhye, Bob Moses and Bassnectar, among others. Halliday started his career at WPRB Princeton Radio before relocating to Los Angeles to work in the music distribution space at BFM Digital (eventually acquired by The Orchard). In 2011, Halliday took on a new challenge as his music project Hands was signed to the Kill Rock Stars label and toured nonstop for the following years. This on-the-ground experience helped develop and sharpen his skills in digital marketing and content strategy during a time when social media and streaming were becoming more relevant by the second. In 2015, Halliday reentered the digital distribution world as DashGo’s music service Promotions Manager before joining Red Light Management. Halliday’s diverse experience and knowledge base provides the foundation for his refreshing take on the digital music landscape.

About CD Baby
CD Baby is one of the largest distributors and rights administrators of independent music on the planet, home to almost 750,000 artists and more than 9 million tracks, getting independent music to more than 150 digital services and platforms around the globe and allowing artists to monetize their presence on YouTube. Artists using the CD Baby platform have earned more than $730 million since its founding. Its Publishing Administration service allows over 200,000 songwriters/artists to collect all of their publishing royalties. CD Baby has become the go-to partner for many icons in the new music industry.
at November 12, 2019

A few weeks ago, founder & CEO of Music Entrepreneur HQ and host of The New Music Industry Podcast sent us an early draft of his forth... 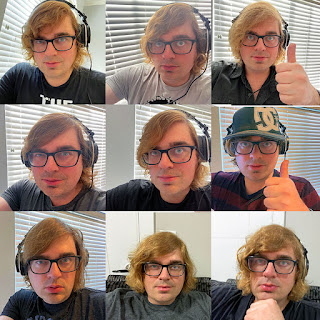